What are the benefits of drinking organic green, white, black, herbal or any other tea? And why choose it over a non-organic and slightly cheaper counterpart?

If you are reading this article, it means that you care about your health and well-being. Having extensively researched this topic, I’ve come up with some of the pros and cons of organic teas.

This is as rare as a unicorn, but having all things considered, could still happen. Do you know what’s inside your tea? It’s a well-known fact many individual farmers in foreign countries are notorious for using chemicals that are banned. These bans don’t apply just to US or Canada. I am talking about bans in their own countries!

For example, one of the insecticides that many non-organic teas farmers spray is DDT (dichlorodiphenyltrichloroethane). What’s so bad about it? It was banned in the US more than 70 years ago! It’s a toxic chemical that causes cancer. Unfortunately, some non-organic tea farmers still use this chemical. Even worse, there is no way to tell unless you pay for the extensive product examination.

2Organic Tea May Extend Your Lifespan

According to a 2003 study published in the Journal of Agricultural and Food Chemistry, organic foods have a significantly higher level of cancer-fighting antioxidants. This means that drinking tea will help you to protect yourself from various cancers. This includes breast, prostate, skin, lung, colon, esophagus, stomach, and others.

That’s not enough? Britain’s Soil Association has reviewed over 400 studies and confirmed that organically grown foods have more vitamins & minerals.

3Organic Tea Has Little to No Pesticides

You can save a few bucks and risk your own or your family members’ health. That’s up to you. It’s all about the odds. For everyone else, however, organic tea is a no-brainer solution. Why? It does not contain synthetic fertilizers, pesticides, or other nasty chemicals.

We have learned a lot, thanks to a 2003 University of Washington study. What did they find out? Children that ate organic foods and drank organic tea had 6 times lower pesticide concentration than those consuming regular products. That’s quite an improvement.

Have you ever heard about over-fertilization? Here’s how it happens: pesticides often kill ~99% of all insects on a farm, including their natural predators. Beneficial organisms take much longer to re-establish the ecosystem. This is mostly due to shorter life cycles and lower number of “siblings” that they tend to produce. Then the surviving predators rapidly overtake the farm and do tremendous damage to the tea leaves. As a result, farmers spray more chemicals and the cycle repeats itself. With organic teas, you don’t have to worry about that.

Since tea is often grown in higher areas, the applied chemicals often reach mountains, hills, rivers, and lakes. The result? A wrecked and damaged ecosystem that stretches for thousands of miles.

Here’s another interesting fact. Yes, some tea is grown in large organic farms. However, most of it actually comes from various plots of land that are run by small farmers. More often than not, these people care about the ecosystem and overall balance of nature. They are not fed by greed or a drive to keep increasing profits at the expense of their customers’ health.

In addition to this, by buying organic tea you help support local farmers and their families. As you know, they tend to be much poorer than most of us.

6Pesticides are Linked to Infertility and Birth Defects

If you want to have healthy children, considering consuming food and tea that has little or no pesticides. Commercial pesticides are associated with fetal abnormalities, genital mutations, cancers, IQ loss, and even infertility. That’s according to a recently issued scientific report by the European Commission.

The very same report also links pesticides to depression and increased farmer suicide in China, Brazil, the US, and other countries.

Let me summarize this video. The experts have studied organic and non-organic foods. Their findings? Food grown with natural fertilizers tend to have more nutrients and anti-oxidants.

The positive effects of anti-oxidants are still debatable to this day, but at least they are not causing any negatives.

The Cons of Organic Tea

This is one of the organic tea cons that everyone is aware of. Nowadays it’s fashionable to be healthy, yet it’s also a luxury. You can spend twice as much on a box of organic tea! However, if you are not feeling any benefits right now, why even bother?

That’s the logic most people go by and it’s hard to blame them. Unless you drink thousands of cups of tea every week, the increased costs are not that great. That’s when you start to consider benefits. There are many great cheap tea stores also, so non-organic is not automatically bad.

9Organic Tea Could Exhaust Our Planet

Basically, organic foods in a sense are also bad for the planet.

10There are Scam Organic Tea Suppliers

We can’t just talk about organic ta without covering the very basics of this popular scam.

Did you know that a lot of suppliers sell non-organic teas as organic? Before buying a tea that is labelled organic, be sure to check whether the seller has necessary certificates. The organic standard is really hard to achieve. Not only can there be no pesticides on the tea leaves, but the soil, air and processing machines. To go even further, warehouses and even the packaging must also be pesticide free.

AiryTea organic products include many certificates, including:

So, why would you want to go through all this trouble? You don’t have to! Simply pick organic over non-organic tea, which also has an incredible taste and aroma. Just ask yourself if you want to live longer and be healthier!

Yes? Then it’s simple. Spoil yourself with some amazing tea every day and enjoy a happy and fulfilling life. 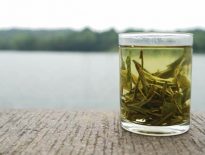 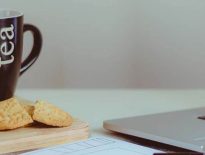